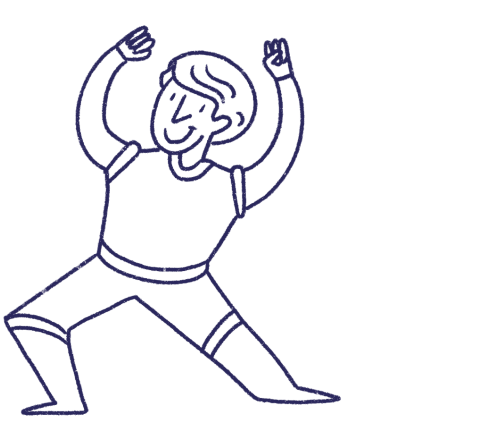 We wanted to raise the number of young People who reflect about the surrounding they live in; what they like, what they miss in their village. And we wanted to give them the opportunity to give in proposals and to discuss how to improve their surrounding with the local authorities. At the same time we knew, that this could be a learning process for all of us – youth, youth workers and politicians.

Please describe your good practice based on the above given information (Explain your practice as such, in ‘technical’ terms and as clear and simple as possible.)

In order to improve participation of youth in our town, we worked together with the Head-organization of Swiss Youth Parliaments to undertake the project engage.ch. The project is designed to promote the involvement of the local youth in the community. It is based on an online platform where youngsters can post their ideas, wishes and concerns related to life in their town and can participate at a survey about participation communication in their region.

The aim is to reach all the youth of the town through a campaign and inform them about the opportunity to submit their ideas and give their opinion about possibilities of participation in the town. In a next step. They were all invited to discuss their ideas directly with the local politicians at an event. Project ideas that come out of the event, are then attempted to be realized with the support of the youth workers and the politicians. The last step of the project itself is the establishment of permanent structures for the participation of the youth. These can take different forms like a youth parliament or direct political rights.

The process was led by the youth worker Cosima Oesch and the team of engage.ch, however, decisions were formed and made by a project group that helped planning and carry out the entire project. The group included eight teenagers, three local politicians, several members of the youth commission and other interested people.

The first phase of the process included the assessment of already existing possibilities of participation. Based on this discussion, the goals for the process were set and a timetable was established. It was determined that the project should reach all 12 to 25 year-olds in the region, but have the main focus on 12 to 20 year-olds.

Ideas could be handed in between the 1st and 31st of may 2019. During this time, a survey about the perceived possibilities of participation and wishes for change could be filled out. Next to different posts on social media, all youth received a letter with the necessary information about the project and why it concerned them. They also received a postcard that served both as a flyer and as a substitute for the online-platform. Anyone who didn’t have access to the internet could write their idea on the postcard and send it to the project group for free.

59 Ideas and concerns were handed in and 188 teens and young adults participated at the survey. The ideas were then discussed at the engage-event in June. The youth were supported by the project group when they explained their ideas to the politicians. Five specific project-ideas were planned. The teens are now realising their projects with the support of the youth workers and the politicians. In the last step of the process, the project-group discussed possibilities for long-term structures for participation in the town. The goal for the future is the foundation of a youth parliament.

Please describe eventual challenges and problems related to the creation, implementation, and/or running of your good practice? (Explain the eventual difficulties that you have come across, so that others know what to think about if they want to implement your practice.)

The biggest challenge is to get enough attention for the project, so that as many teenagers and young adults as possible participate. It is a lot easier to reach the younger teens than the older ones, since they can be contacted through the school. If the younger ones participate more than older ones, the survey is not representative for the whole target group, which means that it can’t be generalized. This should be considered when the campaign is planned. Depending on the focus group, the campaign should be adjusted.

Please give the names, roles and tasks of eventual partners involved in the creation, implementation and/or running of your good practice.

Cosima Oeasch was the project leader in the town. She was in charge of the communication with the rest of the project group and the local politicians and coordinated everything with the DSJ. She organized the materials and locations for all the meetings and events. She also supports the teens in the realization of their projects.

The engage.ch is a project by the Head-organization of Swiss Youth Parliaments. Their team member Larissa Eichenberger accompanied the whole process in Kerzers.

The DSJ provides the platform engage.ch and helps adjusting the project, so that it fits the needs of the town. They provide knowledge and experience on political participation and political education. The DSJ planned and prepared meetings and wrote protocols. They maintained the channel of the online platform and provided the tool for the survey. They also provided templates for invites, designs for all campaign materials (printed and digital) and press releases. They further supported the fundraising process.

The members of the local project group helped planning and carrying out the campaign as well as the event.

Please give an overview of the resources needed in order to establish and run your good practice. (Please describe the human, financial and other resources that are needed. Please also explain if you have got external financing from sources available for others, and if so, from what funding scheme(s).)

The project requires a project lead in the town, usually a youth worker. The workload for the project lead is around 10% over the course of one year. The project worker from the DSJ also has a workload of 10-15% over the course of the project. The further members of the project group were all volunteering. The group met around six times for meetings that took around two hours. The project is budgeted for 25’000 CHF. This included the salary of the project worker from engage.ch (support during the process, design of campaign materials, programming of the platform), material expenditures as well as all communication expenditures. The project itself is supported by the Mercator Stiftung Schweiz that gave 10’000 CHF. The programme Citoyenneté by the Federal Commission of Migration supports engage.ch with 5000 CHF. The project in Kerzers was further supported with 5000 CHF by the Canton of Fribourg. The remaining 5000 CHF were covered by the city of Kerzers.

Young people get included in the political process of their town and region. They learn how local politics works, how it impacts their life and how they can participate without having the right to vote yet. They can change their environment with their own ideas. One group of teenagers planned the renovation of the local skatepark another the installation of more public bins. They also learned how to plan and carry out their own projects.

The youth workers acquired an amplified view of our region due to the youth poll. We know more about what our target group appreciates and where they long for change. This better knowledge has a positive impact on the quality of our work. Since new project groups of active young people have built up, we are in contact with a larger target group than before. Participation of young people as well as the recognition of youth work within the population has increased in our region as a result to this project.

For your organisation as such:

It has been very positive that the project has allowed us to get in touch with more politicians of our region. Their partially vague ideas of what youth work might be has been replaced by solid experiences how youth workers may support youngsters and politicians by arranging meetings and proposing adequate methodologies to keep a fruitful process going on.

For youth work in general:

It is essential to be connected to organisations and people who have developed methodologies and effective, modern tools to improve participation and development in our regions.

For society/your community in general:

The involvement of the youth in the political debates of the town and the region is something all parties can profit from. The youth learn how the town works, what is possible to change and how they can make their voice heard. The town profits from the ideas of the youth, which makes the town more attractive for young people. At the same time, the process has shown that the concerns that engage the youth are often very similar to those of the adults.